The condominium is one of the most common type of private estate in Singapore. Compared to public housing, it is recognized by its provision of common facilities such as private swimming pools, tennis courts, gym and the presence of security guards on duty.

Condominium is pretty similar to what an apartment estate consists of, the key difference lies in the total land area of a condominium development which needs to be at least 4,000 square metres or larger. There is also a lack of facilities(or less) compared to the condominium.

In terms of eligibility of purchase, there is little difference between the two and no restrictions on foreign ownership.

Landed property tenure is tied to the land title, thus the definition. Most landed properties are freehold although there are some 99 and 999-year leaseholds in the market as well. 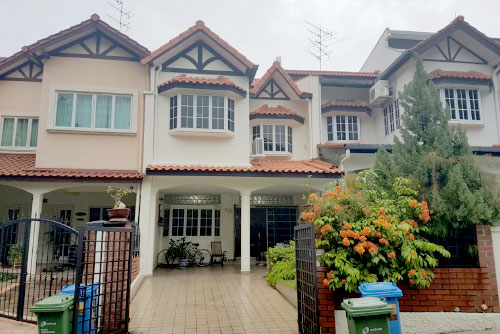 Bungalow – refers to a free standing landed house that is clearly separated from others without sharing any common wall or roof.

Semi-detached House – refers to one of a pair of landed houses joined by a common wall.

Terrace House – refers to a landed house in a row of three or more houses joined with a common wall, side by side to each other.

Shop house – refers to a unit in a typically two-to-four storey structure, attached to another unit of a similar structure and connected to the street by a covered walkway.